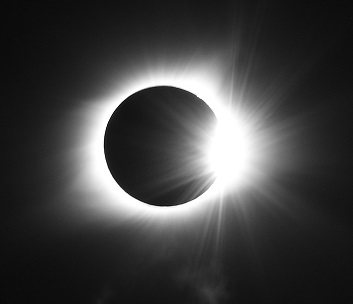 A group of participants take part to a road trip in the USA from Washington (DC) to Nashville (TN) to see the total solar eclipse of August 21, 2017. (...) Voir descriptif détaillé

A group of participants take part to a road trip in the USA from Washington (DC) to Nashville (TN) to see the total solar eclipse of August 21, 2017. (...) Voir descriptif détaillé

After a good flight from Europe, everybody arrived safe and sound to Washington. We all went for a short walk in the city to see the national Mall with a view on the memorial of the second world war, the Washington monument and the Capitol. We also made a quick detour to see the White House as the night was arriving. Because of the jetlag it was an early night tonight. Tomorrow the road trip will start ! Last night, we slept in the Pentagone Hotel in Washington D.C, before starting the roadtrip. Today’s morning, we went to the NASA’S Goddard Space Flight Center. In the first place, we met Jim Jeletic, the Deputy Manager of the Hubble Space Telescope (HST) for a private visit. He explained in details how this great telescope works (how it’s pointing stars and moving in space but also communication with Earth). Then, he showed us the most famous picture taken by the HST, called « Pillars of the Creation » (in the Eagle Nebula). Last part was HST Control Center, the place where NASA engineers interact with the telescope. It was really impressive, we felt like behind the scene of Hubble’s mission.

Then, we moved to the James Webb Space Telescope’s (JWST) Assembly Hall. Sandra Irish, the head structural engineer, described the differents parts of this huge instrument and put the emphasis on the technical progress made since Hubble’s launch. JWST is going to be launched on October 2018, save the date !

After this presentation we went to a « no-pictures-allowed-zone » : The Robotics Operations Center and the Satellite Servicing Projects Division. There, scientists are working on the future of satellite servicing. The goal is to refuel and repare the satellite when they are in space. It will save money and make satellite last longer.

We finished our visit with the Data Visualization Center where we saw wonderful pictures and 3D modelisations. There are four different kinds of topic studied in this center : Heliophysics, planets, Earth and astrophysics. For example, we watched a modelisation of the interaction between solar winds and Earth’s magnetic field. We also a map which shows the global warming. Then, we drove all the afternoon to reach Yokum’s camping where we set up a camp at night, not an easy mission for some of us ! This very morning was definitely a new start ! First awaking in the tents, first entire day in a no-cellphone-zone, first time visiting Green Bank Observatory, first-time in front of a radio-telescope. A radio-telescope is not a TV scoop announced at the radio. Actually, there are more colors of light (electro-magnetic wave) than you might know, most of it invisible. You may have heard of UV(s) (ultra-violet), infra-red, gamma or cosmic radiations, or simply microwaves… Well they are light, and so are radio waves. A radio-telescope, is a telescope meant to see that invisible light. Seeking inside galaxies’ clouds to unlock the universe’ deepest mysteries… Because yes, by the way, radio waves have a few advantages visible light does not have. It passes through clouds (not just the ones in the air, also the ones in space) which enables you to see what is underneath those breathtaking pictures the Hubble Space Telescope took. Thanks to radio waves, you may also know what are the components of every stars and galaxies, thought every atom has a proper and unique emitting frequency, which astronomers may identify afterwards by studying the “picture”. Picture is in fact one of the most unappropriated name you could give to the data the telescope receives. But it may be summed up by a picture thanks to the work of all the scientists at Green Bank Observatory (the place we went to discover those very special telescopes).

It is currently the biggest radio-observatory in the world, with its 9 gigantic radio-telescopes, including the greatest of all USA, the GBT (Green Bank Telescope is its full and yet so inventive name). It is located in the most unpopulated zone of the United States, the “quiet zone”, (called in such way, for no cell phone company ever saw any interest of coming in this semi natural reserve). Since the scientists discovered the first black howl, GBO even got the right to be in a “human-radio-free-zone”. It means no one is allowed to start something that could emit radio waves without their authorization. Yet it is not really free from man-made radio waves, since every electronic device creates some (moreover the telescope is very sensible). Their offices and command center remains in a Faraday cage. We were not even aloud of any phone or camera on, and for that particularly reason, we hope you will forgive the lack of pictures we brought you back today. Today’s morning, we woke up at Koa camping in Wytheville, Virginia. There were lots of huge camping cars all around our camp. After having breakfast all together, we left at 11 a.m. for Asheville. On the way, we felt the American’s atmosphere. For example, we saw a lot of enormous pick-ups and trucks with big exhausts and wheels but also typical school buses. Through the national forest, there were plenty of tremendous American houses surrounded by wide green lawns.

We stopped for lunch at a logger’s house. We ate sandwiches just next to a river in the backyard. After a while on the road, we finally arrived in our next camping in Asheville. There, we discovered the astronomical instruments that Maxime brought for us, two different telescopes. In the first place, he explained how to set it up and the main precautions we must take to look at the Sun, the brightest star of our sky. Indeed, the main danger is to become blind. Then, we watched the Sun one after the other through the helioscope.

We got better at organization, we had dinner before night !

This morning’s camp was like a dream ; sparkling-bugs, confident ducks, a nice morning fog, a mini lake, a typical pond and a cargo-train for alarm clock at 4 am.

Today’s visit was in Pari, we saw a few Eiffel Towers which happened to be radio-telescopes. In fact, « PARI » stands for Pisgah Astronomical Research Institute. A former NASA radio-astronomical site. Opened to public use and visit in 1995, after a quick use and of the « Department of Defence and Communication » after 1981. This 1963 observatory handles the work of 5 radio-telescopes (plus a 6th very small smiley-face-radio-telescope) and a breath-steaking museum we (of course) visited.

Its first room was both a 3d printer place, a gravitational vulgarisation experiment, and above all, the control room of all these radio-telescopes we saw (and also secondary instruments). The 2nd one welcomed panels of physics lessons, a solar system animated replica and a few stuffed-alien tourists. Then we passed by an exhibition room, with several peace of the Atlantis Space Shuttle, such as a tile, a tire and a tiny portion of the wing. Afterwards, we went threw a rock exhibition, 15.35 carat emerald, fossilised dinosaur egg, radio-active rock from the first nuclear explosion, a stegosaur footprint, space rocks, almost everything you could dream of... And finally, all AST-6 (a satellite)’s electronic with caption, and the Redstone Missile’s Engine used later on for the Mercury rockets (and designed by the well-known Werner von Braun). It was cool ! (Not the « cool air », it was in fact very hot.) It also was truly instructive, we learned more things than we can remember of. We spent all the morning on the road. We ate our lunch very quickly. Then, we worked to publish the first four days of our diary. Early in the afternoon, we arrived in our camping in Monte Sano National Park, next to Huntsville, in Alabama. This place was isolated in a huge forest, we found it really calm and wild.

All the group helped Maxime to set up the second telescope to observe the Sun . We choose this instrument because it insulates the red colour from hydrogen’s atoms. It allowed us to see the solar rashes projected outside the sun’s surface. We often needed to move the telescope, so got clear from all the trees ahead of us.

After that scientific activity, all of us looked for dry wood and leaves around our place to make a campfire. Then, Remy explained the different steps, techniques, and safety to build a good fire (refer to woodfire management document). When the fire was ready to work with, we put potatoes around the coals to cook them. It was really tasty ! We were all sitting around the fire, watching at the flames, such a great way to bring people together.

As the night started, we did light painting. It is a photography art which consists on capturing light during a long break ( 2s to 30s ) to paint shapes. We used burning sticks and a flashlights. We had a really good time ! From this day on, considering the circumstances of our situation (lack of power, internet and time) we spent most of our working time on our projects. You will excuse the shorten texts of this dairy, compensate by picture. You will find : - Time Laps vidéos of the Eclipse, - Two interviews of eclipse passionate, - Our two scientific articles

On this saturday, we once again fold our camp and drove to the « US Space & Rocket center » in Huntsville, Alabama. We spent there a few hour, but a whole day wouldn’t have been enought ! The area is very large, and we have seen pretty much everything about USA, space and rockets. wehave also seen a 3D movie about « space and future », brings lot os reflexions...

We drove then a couple of hours, and after a few tries, we finally found a place to stay. It was the fourth campsite we knocked on, it took us a while to be authorised to set (on an uneasy location), but we finally did... We did not know at that time, that it would be (after negociation about the spot) the perfect location for us to live the TOTAL ECLIPSE !!!

Today, we first enjoy some rest (no driving), but also prepared ourselves to the tomorow’s happening. We worked on our projets, and they will soon be published. We can’t wait for tomorrow, exitation is groing, sky is clear so far...

How to explain what just happened...We lived a TOTAL SOLAR ECLIPSE, a unique and unforgettable moment in life. The moon perfectly lined between our location on earth, and the sun. We had a 2 minutes and 9 secondes of « night » ans « fresh » moment, disturbed wildlife, and really high exitation ! We hope, you will all live this moment once in your lifetime ! After flying over the ocean, and a 1600 miles driving, we got it, such in a pefect way... I like it when a plan comes together !!!

Enjoy the pictures, the interviews, the time laps, an our Scientific articles if you want to know more about it :

How can we observe a Total Solar Eclipse ?

We got up at 3 am, left the camp at 4am and took off from Nashville, Kentucky at 8 am. We spent the day between flights, airports, and got back to Washington DC. We were exhausted, but found ressources to close up the Scientific Articles. Tomorrow is check out day from our journey, and fly back home...

We enjoyed a last round through Washington DC this morning. It’s been short, but at the end of it, we have around in the United States of America capital... It’s time to split up from our group, and jump in our planes. We’ve had a great living together journey, learnt a lot, seen a lot, and witness a unique and hardly descriptible moment, a TOTAL SOLAR ECLIPSE.

How can we observe a Total Solar Eclipse ? 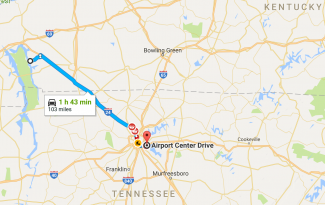